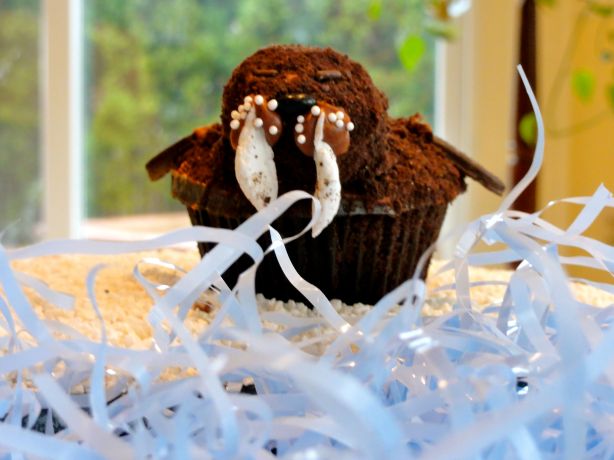 I recently was gifted the recipe book– ‘What’s New Cupcake?’ by Karen Tack and Alan Richardson. Let me just say this is probably my new favorite cookbook! Every cupcake is like a cartoon! Bears, race cars, golf course- you name it, it’s a cupcake! The first one to catch my eye was the Walrus!

I think walruses are cute in generally- so lazy and blubbery and CUTE!! And these cupcakes looked just like that! I attempted to re-create them. They weren’t difficult to make, but I will say that you need to allocate a couple of hours for the whole process. The recipe called for boxed Devil’s food cake and canned frosting. But, the foodie in me decided to make everything from scratch!

I used my Snowy Chocolate Cupcake Recipe- just doubled all the ingredients (except increase 1/4 cup Buttermilk to 1 cup.)

I used my Dark Chocolate Frosting Recipe– can be doubled if you desire more frosting, but these measurements sufficed.

1. Using an off-set spatula mound about 2-3 tbsp of the frosting on each cooled cupcake. Spread evenly. Place the doughnut hole towards the edge of one side of the cupcake. Place the cupcakes in the freezer for about 20 minutes to set.

2. While the cupcakes are freezing cut the marshmallows in half diagonally, then cut again diagnally, to produce 4 corners. Cut each corner in half to produce spikey tusk. Shape as necessary in order to resemble tusks.

3. Cut each wafer in half- 2 halves for fins, and one for a tail. Take the remaining wafers and crush in a ziplock bag using a rolling pin, or pulse in a food processor until finely ground. Pour into a shallow bowl.

4. Using the off-set spatula use about a 1/3 of the remaining frosting to completely coat the donut hole and any gaps that remain. You want the cupcake to be nicely coated in frosting, with no gaps or bare donut showing.

Carefully dip the cupcake into the cookie crumbs, gently pressing the crumbs into the frosting to stick. You want it to completely coat the cupcakes and start to resemble the shape of a walrus. 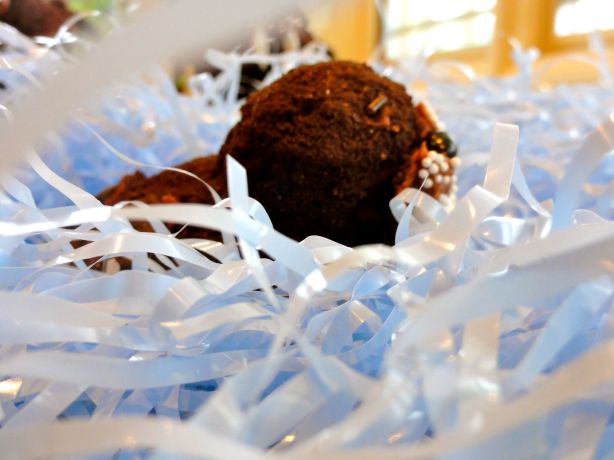 5. Place the remaining frosting in a ziplock bag and cut the corner about 1/8 an inch. Pipe two small circles on the head portion for the snout. Carefully place the tusks, topping with a bit more frosting to stick. Dip your finger in water and then in the white nonpareils and place on the frosting snouts. 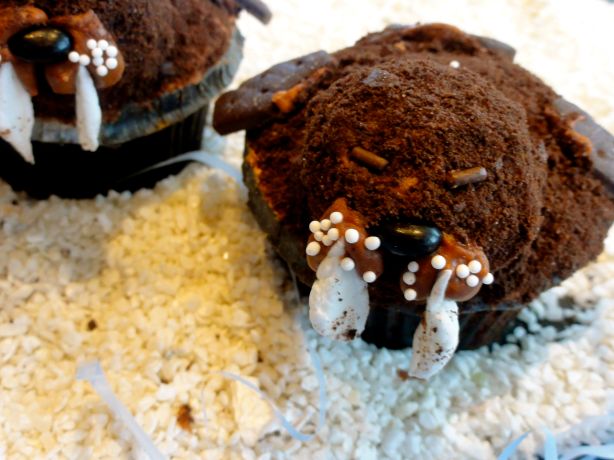 Place a black sunflower seed sideways in the middle of the frosting snout- this is the nose. Take one chocolate sprinkle, dip into a little bit of the frosting and place above the snout as the eyes. Place some frosting on the edge of the chocolate wafers and place as the flippers- 1 on each side and one horizontally on the back.

6. Refrigerate so the frosting sets. Before serving, remove form the fridge serve at room temperature. 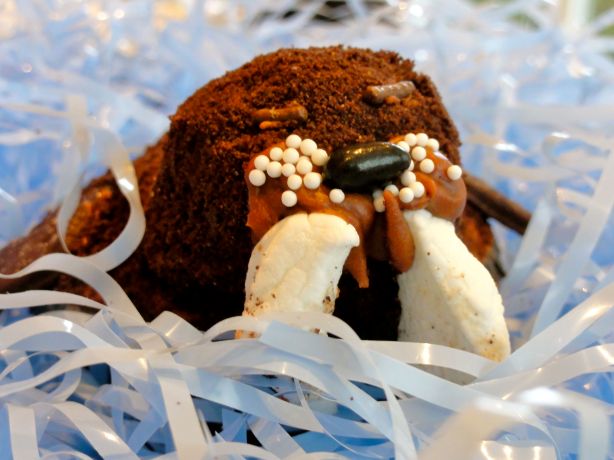